For People With Disabilities, Losing Abortion Access Can Be a Matter of Life or Death

These days, Flora Ellis’s mother keeps a stash of morning-after pills in a closet in their Oklahoma home. That’s not just because she’s a “cool mom,” although Ellis, 20, confirms that she is. It’s because Ellis was born with a connective-tissue disorder that prevents her body from properly making collagen. In addition to limiting her mobility and contributing to frequent injuries, Ellis’s condition means that pregnancy comes with a chance of organ rupture.

Now that abortion is banned in Oklahoma, neither Ellis nor her mother want to take chances. Ellis’s health issues prevent her from using some forms of birth control, so the trove of morning-after pills serves as an extra insurance policy. “It makes me feel very unsafe that I might have less access [to abortion] now,” Ellis says.

Cynthia Rogers, Ellis's mother, looks through the medicine cabinet in her home to find the morning-after pills she keeps for Ellis and her friends in case of emergencies.

Ellis with her boyfriend, Guthrie. The two briefly lived together, but Ellis recently moved back home while she attends college.

Ellis and her family in front of their house. She often uses a wheelchair due to her Ehlers-Danlos syndrome. "If there's a brace for something on your body, I probably have it," Ellis says.

The fall of Roe v. Wade, and the subsequent wave of abortion bans and restrictions in U.S. states, have grave implications for the estimated 26% of U.S. adults with a disability. Pregnancy can be dangerous for anyone, says Dr. Louise Perkins King, an assistant professor of obstetrics, gynecology, and reproductive biology at Harvard Medical School, but people who enter pregnancy with underlying health issues are at even greater risk. Ensuring that all people, including those with disabilities, have access to essential medical care includes guaranteeing “the option of termination if it’s better for their health,” Perkins King says.

In addition, abortion bans represent a threat to bodily autonomy, “a core principle of the disability rights movement,” as the American Association of People with Disabilities (AAPD) wrote in a statement after a draft of the Supreme Court’s decision to overturn Roe leaked last May. “Policies that restrict access to abortion will drastically exacerbate threats to the autonomy, health, and overall well-being of disabled people.”

Since then, a dozen U.S. states—including many in the South, the U.S. region with the highest rate of disability—have almost entirely banned abortion. For people with disabilities, those laws only compound long-standing obstacles to abortion care, says Joy Moonan, a Texas-based disability advocate and attorney who has cerebral palsy.

Joy Moonan next to her apartment building in Dallas on July 20, 2022. Moonan, an attorney and disability-rights advocate, uses a wheelchair due to her cerebral palsy.

Even securing reliable transportation to an abortion provider can be a challenge for someone with limited mobility, Moonan says, and many health care providers aren’t well-versed in caring for people with disabilities. In 2022, Senators Tammy Duckworth and Patty Murray introduced legislation meant to ease that problem by funding training programs for providers, as well as recruiting more people with disabilities into the health-care field, but it hasn’t progressed since being introduced.

Moonan and her twin sister, Laura, ride in her accessible van to dinner.

Joy and Laura Moonan in their shared apartment.

Indeed, the U.S. has a terrible track record when it comes to providing ethical care for people with disabilities. Forced sterilization was common for much of the 20th century, and many states still have laws that allow it.

Wanda Felty learned that reality after her daughter Kayla was born. Kayla’s brain did not fully form in utero, leading to significant cognitive and visual impairment. When Kayla, now 34, was young, well-meaning people told Felty to consider having her daughter’s uterus removed as a precaution against pregnancy, since sexual violence against people with disabilities is common. Almost 40% of female rape victims had a disability when they were assaulted, according to the U.S. Centers for Disease Control and Prevention.

Felty was floored, then angry, that anyone would suggest removing part of her daughter’s body without a medical need. Those emotions came rushing back after Roe fell last year. Felty, who lives in Oklahoma, works for an organization that supports people with disabilities and their families. After Oklahoma banned abortion, she began fielding calls from frantic parents who wanted to learn about sterilization for their children with disabilities—and got angry all over again.

Wanda Felty sits with her daughter Kayla in their home in Norman, Okla., on July 19, 2022. Kayla's brain did not fully form in utero; she is mostly non-verbal and has significant visual impairment, among other medical issues. Felty and her husband are Kayla's primary caretakers.

Though Felty was raised to believe that abortion is wrong, lived experience has changed her perspective. She’s enraged that, because lawmakers have taken away the option of abortion in some states, families are now making heartbreaking choices to protect their children. “We’ve taken away rights [instead of] protecting them from violent crimes,” she says.

While most abortion bans do include narrow exceptions for victims of rape and incest, as well as medical emergencies that put the parent’s life at risk, providers in restrictive states may be hesitant to offer abortion care even if it fits one of those exceptions, for fear of legal, financial, or professional consequences. The loophole for medical emergencies can be particularly murky, since it’s not always clear what constitutes a “life-threatening” complication.

That scares Ellis. Given her connective-tissue disorder, “there’s a risk when I get pregnant. Does [abortion] count [as life-saving] then?” Ellis says. “Or does it have to be once my uterus rips apart?”

Keeley Knight in her apartment in Kansas City on July 19, 2022. Knight was born with an under-developed heart, which means hers has to "work twice as hard as the average heart."

Keeley Knight, 24, has similar concerns. She was born with an under-developed heart and has known since she was a teenager that pregnancy and childbirth could place a potentially fatal amount of strain on her cardiovascular system. She has long used an IUD to prevent pregnancy, and she and her husband recently moved from Oklahoma to Kansas City, Mo.—in part because Knight would have better access to abortion, if necessary, with a short trip over the border to Kansas.

Knight says many people she knows are deeply opposed to abortion, viewing it as against “God’s will.” But that argument doesn’t make any sense to her.

Knight and her husband, Kael, decided to move to Kansas City to be closer to family and to have better access to reproductive resources, if necessary.

Knight looks through her scrapbook. She had three open-heart surgeries as a baby and still has to carefully monitor the strain placed on her heart.

“Me and God have fought for my life to get this far. You have no idea how hard we have fought,” Knight says. “I’m not going to just give that up because I got pregnant.”

Write to Jamie Ducharme at jamie.ducharme@time.com. 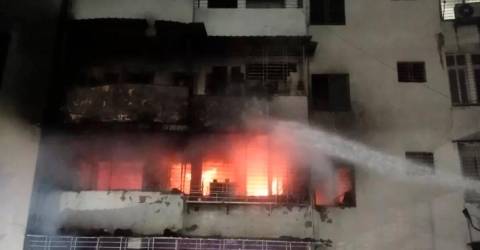 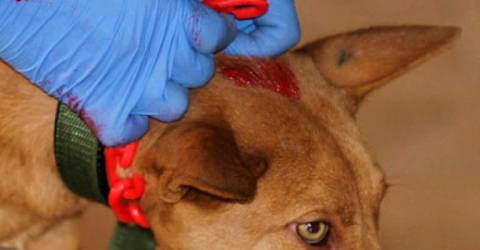 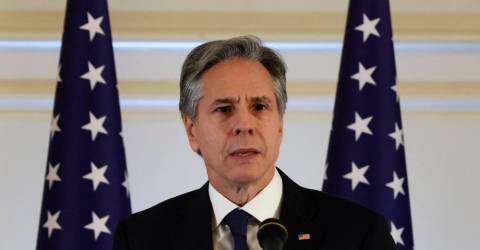